The It's Always Sunny in Philadelphia TV show is a breakout comedy series on the FX Network about a group of arrogant friends that own Paddy's Irish Pub. The cast includes a variety of personalities, including Charlie Day who plays Charlie Kelly, an unhappy loser; Glenn Howerton who plays Dennis Reynolds, an intelligent womanizer; and Rob McElhenney who plays Mac, an acceptance seeking jerk. Follow the wacky episodes in a Paddy's Irish Pub t-shirt, Greenman costume, or comic It's Always Sunny t-shirts and merchandise. Rounding out the cast are veteran actor Danny DeVito and the attractive actress Kaitlin Olson.
To buy a T-Shirt, click the image or link for store and size information. 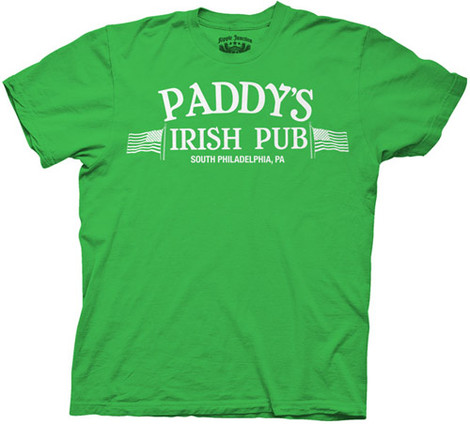 BUY
Paddy's Irish Pub t-shirt
Description: Paddy's Irish Pub in South Philadelphia...the infamous watering hole of the Sunny gang. While it is near and dear to the co-owners hearts, it's not for everyone. After being labeled the worst bar in Philadelphia by a newspaper critic, the pub has a long way to go to become the best. Stop down, chug a few pints and help them get back on their feet. Grab a Paddy's Pub t-shirt to promote! Link to: Paddy's Irish Pub 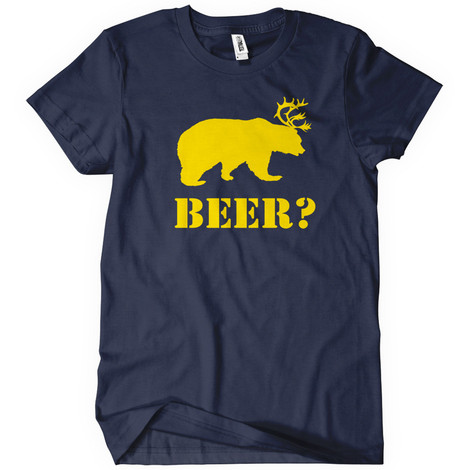 BUY
Bear Deer Beer t-shirt
Description: What do you get when you cross a bear with a deer? You get a beer of course. Wear this Beer t-shirt inspired by the one Mac wears on It's Always Sunny in Philadelphia. Wear it as you sip your favorite beverage while listening to Electric Dream Machine. The eighties inspired band hails from sunny Philadelphia. Dennis Reynolds' lead vocals are perfect with backup singer Charlie Kelly. Pair this bear + deer = beer design with an Electric Dream Machine t-shirt or pair it with an It's Always Sunny Dayman shirt for the perfect combination. Link to: Bear Deer Beer 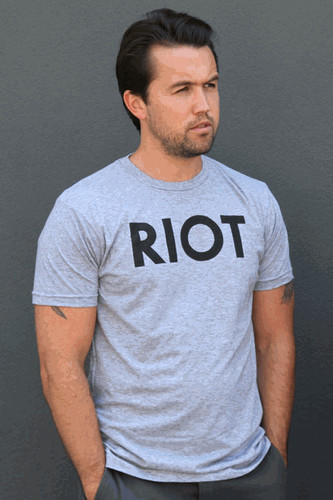 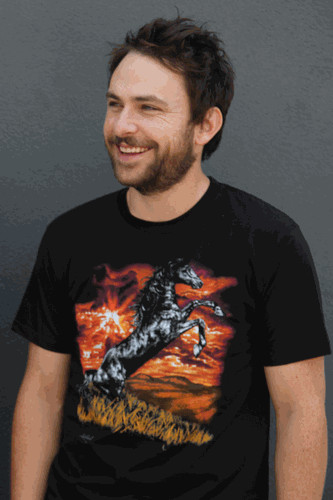 BUY
Charlie's Horse t-shirt
Description: If you have seen the hysterical FX TV show It's Always Sunny in Philadelphia, then you probably recognize this black horse tee that has been worn in numerous episodes, including the famous Dayman episode. While Mac's shirts are great, this stallion tee has been a staple in Charlie Day's wardrobe since season one. While it is not accompanied by Charlie's stench, it's almost identical. Since impersonation is the sincerest form of flattery, grab this black stallion tee ASAP. Remember, you don't have to act like Charlie Day to look like him. Link to: Charlie's Horse 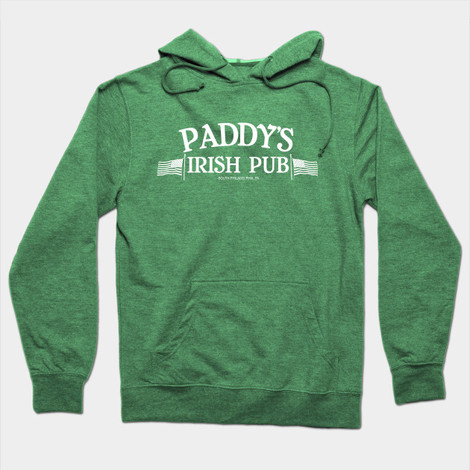 BUY
Paddy's Pub hoodie
Description: Wear your favorite Charlie Day or Mac t-shirt under this Paddy's Pub hoodie sweatshirt, which is a great addition to your It's Always Sunny merchandise and shirt collection. Like the tees, this hoodie will have you repeating Mac's (Rob McElhenney) quotes from the TV show that he often says when he's doing his day to day work at Paddy's Pub or pulling an idiotic stunt. This Paddy's It's Always Sunny hoodie is the perfect complement to your favorite t-shirt from the show. You can even wear it over a Greenman costume to help you stay warm when it's chilly. Link to: Paddy's Pub hoodie 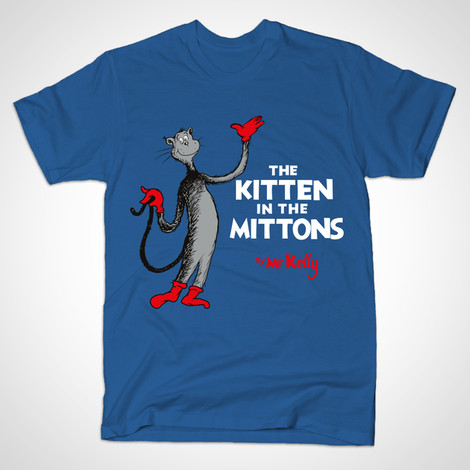 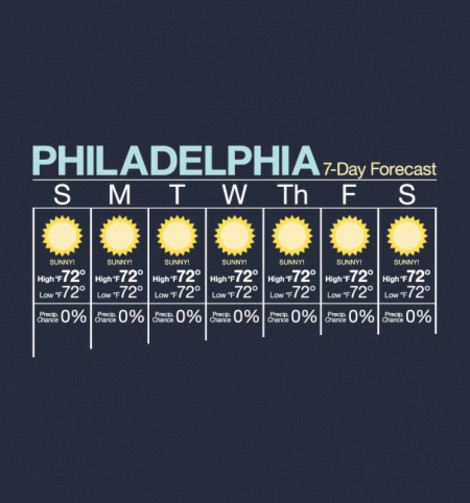 BUY
Philly Forecast Hoodie
Description: Irish kick ass! Yeeeeeeeeaaaaahhhh! I can hear you yelling it in a bar...drunk...can't you? This tee is perfect for a day of revelry, especially when the forecast is always sunny. After a few pints in South Philadelphia at Paddy's Irish Pub, you will be prepared to rock this Always Sunny Forecast t-shirt alongside Mac (Rob McElhenney). Mac and the gang will show you how to have fun in the Philly sun. Create your own luck and grab this tee today. Link to: Philly Forecast Hoodie 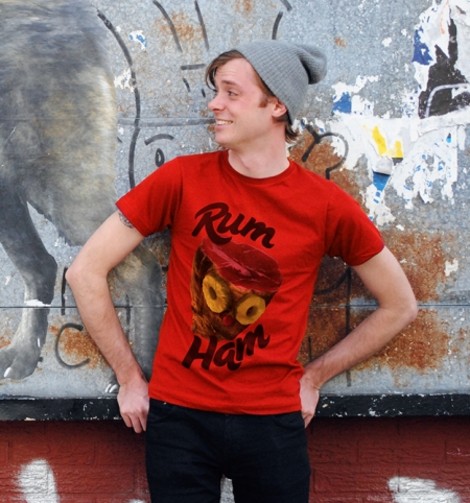 BUY
It's Always Sunny Rum Ham t-shirts
Description: It's Always Sunny in Philadelphia has already made a name for itself. If your favorite Always Sunny cast members are Mac and Frank, then this Rum Ham tee should be a perfect fit. Wear it to enjoy your own 90-proof, rum-soaked ham as you watch the diabolical father Frank Reynolds (Danny DeVito), self absorbed ladies' man Dennis Reynolds (Glenn Howerton), talentless ditz Dee Reynolds (Kaitlin Olson), pathetic loser Charlie Kelly (Charlie Day) or the acceptance seeking jerk himself, Mac (Rob McElhenney). These Rum Ham It's Always Sunny t-shirts will wet everyone's appetite for ham...or the pub. Get this cool merchandise. Link to: It's Always Sunny Rum Ham 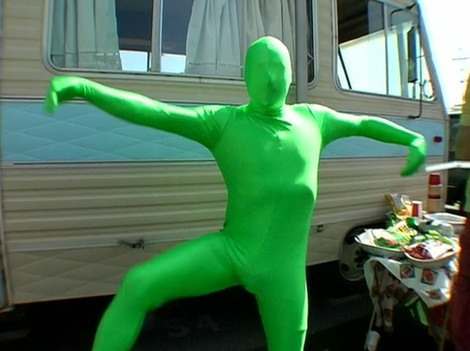 BUY
Greenman Costume
Description: The Always Sunny Greenman costume has become a cult sensation among fans of the hit TV show. The creator and star of the FX TV series, Rob McElhenney, talked about the origins of the Greenman suit during a college speaking appearance. He explained that a friend of his regularly wore the costume to an Eagles football game, calling himself The Greenman. Fans around the world have been spotted wearing the costume. Purchase it with a Paddy's Pub shirt. Link to: Greenman Costume 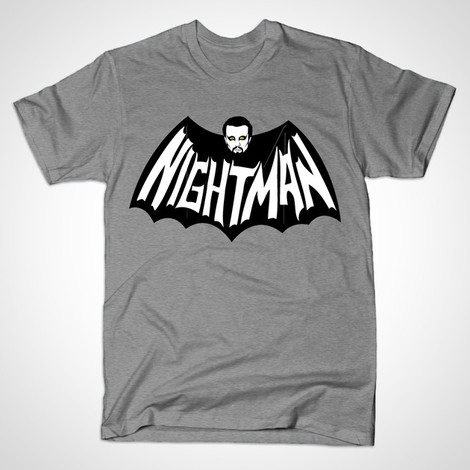 BUY
Nightman t-shirt
Description: Charlie Kelly's (Charlie Day) debut attempt at songwriting began with "The Nightman," which inspired this tee. He followed it with his surprise hit song "Dayman". He later decided to turn "The Nightman" into a rock opera in the episode titled "The Nightman Cometh". Wear your Nightman shirt as you practice for your part in Charlie Kelly's musical. Pair it with a classic black Dayman t-shirt that boasts the song title and some rocking Dayman lyrics. Link to: Nightman 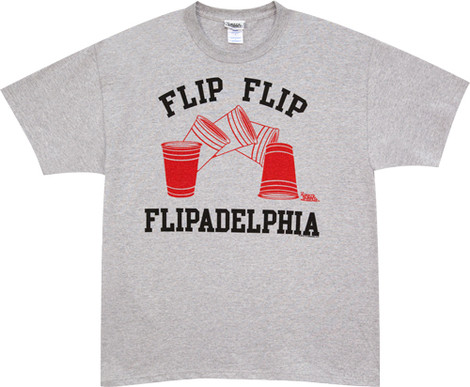 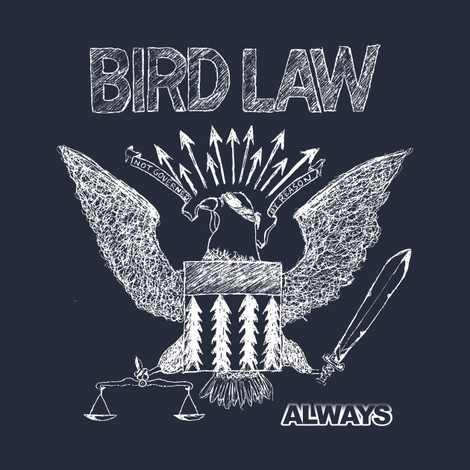 BUY
Bird Law t-shirt
Description: Charlie Kelly often touts his supposed knowledge of the law, especially Bird Law. This shirt celebrates his expertise in the field of law that is not governed by reason, as he states on the show. Wear it when you're not in his Greenman costume. Actor Rob McElhenney said in an interview that the idea for Greenman came from his friend who used to wear the costume to Eagles football games. Pair this with a green Paddy's Pub t-shirt or a Sub_Urban Riot tee for the ultimate It's Always Sunny merchandise combination. Link to: Bird Law 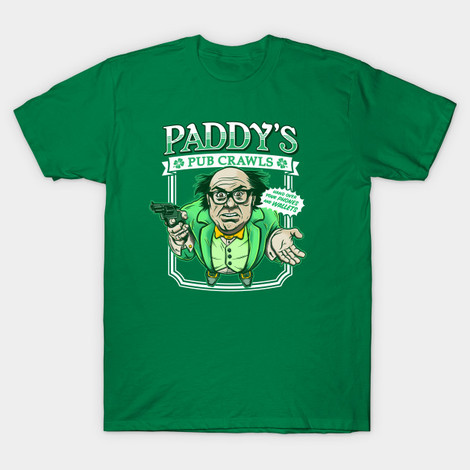 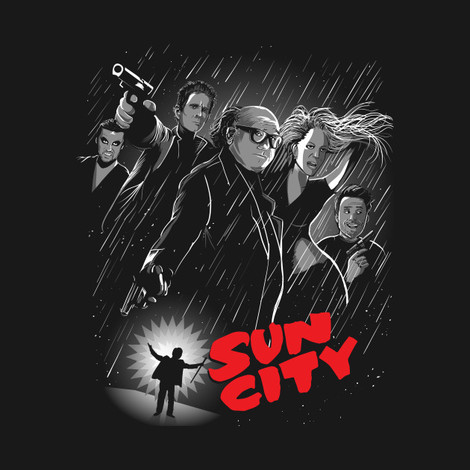 BUY
Sun City t-shirt
Description: This black It's Always Sunny shirt displays a Sin City parody titled Sun City. It features the cast incorporated into the Sin City movie poster. Wear it while you watch Project Bad Ass, the name Mac uses to refer to the videos that he has been creating of himself doing incredibly lame stunts. He shows the videos to Dennis and other members of the It's Always Sunny in Philadelphia cast. Mac (Rob McElhenney) suspects that his longtime friend Charlie doesn't like the videos. Link to: Sun City