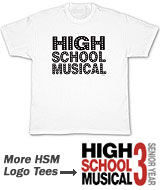 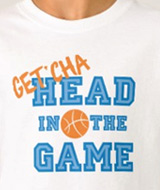 Get Your Head in the Game! 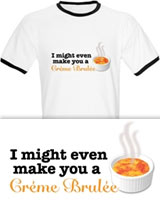 Zeke Baylor (Chris Warren, Jr.) knows that the way to a girl's heart is through her stomach. His crush on Sharpay Evans (Ashley Tisdale) results in him baking her cookies. She comes around at the end of the movie, and she tells Zeke that his cookies are the best thing she's ever tasted. He suggestively responds, "I might even make you a creme brulée." The fronts of these High School Musical t-shirts display the movie quote next to a picture of the dessert. 40 merchandise items feature this design. Link to: I Might Even Make You a Creme Brulee 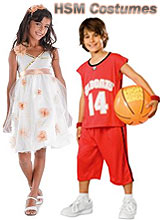 A portrait of East High Wildcats basketball star Troy Bolton is featured on the front of this Zac Efron t-shirt. Support number fourteen in your own unique way by customizing this tee via the Disney InkShop. Add your name and HSM quotes to create a one of a kind piece of High School Musical clothing. Link to: Troy Bolton 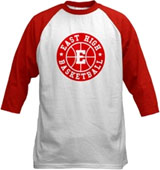 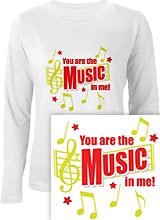 You are the Music in Me! 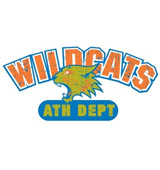 The front of this High School Musical t-shirt displays a Wildcats Athletic Department logo that is a physically fitting way to show that you love High School Musical. You no longer have to hide your admiration for the Disney Channel movie that teaches us that it's okay to share our inner voices with the world. Just follow the example of Troy and Gabriella, who come together through the power of music. Match it with HSM hats. Link to: Wildcats High School Musical 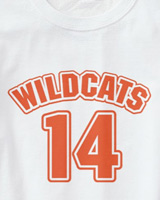 Get your head in the game with this East High Wildcats #14 athletic hoodie. The front of this High School Musical sweatshirt features the team name and Troy Bolton's number 14. Cheer on your favorite team wearing this comfortable piece of Troy Bolton High School Musical clothing. In addition to hoodies, the Wildcats #14 design is also available on a Zac Efron t-shirt. Other apparel styles include long sleeve jerseys, tank tops, and ringer Ts. Link to: Wildcats #14 HSM Sweatshirt 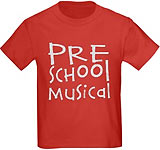 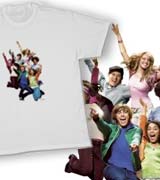 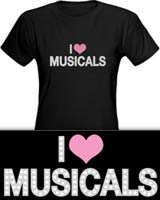 If the joy of a good musical tickles your spirit, then this I Love Musicals tee is perfect for you. The letters in the design are printed in Broadway style text, which gives the appearance of small lights filling each letter. A pink heart has replaced the word "love" in the statement, "I Love Musicals." This High School Musical t-shirt is also available as a white tee with black Broadway lettering, or as a long sleeve jersey. Wear this tee with an I Love High School Musical hat for a fun combination. Link to: I Love Musicals 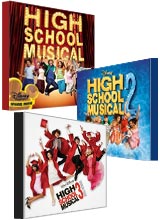 Get'cha head in the game and crank up the HSM soundtrack so you can listen to the start of something new instead of sticking to the status quo. Any one of these soundtrack albums are what you've been looking for, so break free, turn up the CD or MP3s, and bop to the top with your favorite movie songs. Let the music inspire you like it does to Troy Bolton and Gabriella Montez. Link to: High School Musical Soundtracks