Created by Seth MacFarlane, the Family Guy cartoon premiered on FOX in 1999. The story is centered around the adventures of a Rhode Island family living in the fictional town of Quahog. Below, you will find Family Guy t-shirts for almost every member of the Griffin household. Popular tees include the Stewie t-shirt and the Peanut Butter Jelly Time Family Guy t-shirt. The family includes the father, Peter Griffin, a blue-collar worker who is employed at the Pawtucket Patriot Brewery. Peter lives with his wife Lois Griffin and their three children: Meg, Chris, and their extremely intelligent infant Stewie. The family also has an anthropomorphic talking dog named Brian, who is Peter Griffin's best friend. The Family Guy cartoon often delivers its humor through short cutaway gags, which are short clips that poke fun at the story. Here, you will find Family Guy t-shirts like Evil Monkey & Stewie Ts.
To buy a T-Shirt, click the image or link for store and size information. 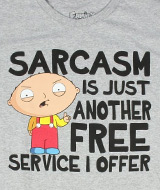 This Stewie Griffin tee stresses his intellect and humor with the quote, "Sarcasm is just another free service I offer." Pair it with a Glen Quagmire tee to celebrate everyone's favorite maniacal child and the local ladies man. Glen is Peter Griffin's neighbor and Quahog's conquistador of women. He uses lines like, "Let's have a sexy party" and "Giggity, giggity, giggity." An official Family Guy Quagmire t-shirt is perfect for a costume party or a night on the town. Link to: Family Guy Sarcasm 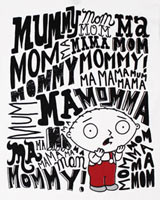 This popular tee features a freakin' sweet cartoon style image of Stewie and the familiar quote that he repeats in various forms as he calls out for his "mommy" over and over. The Stewie Griffin quote is also played during a TBS advert for the series. After his mommy finally stops what she's doing to angrily acknowledge him, he simply says, "Hi." Stewie would approve of the funny quote on this freakin' sweet Family Guy t-shirt. Link to: Stewie Mom Mommy Mama 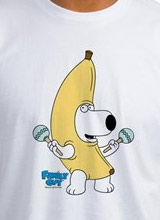 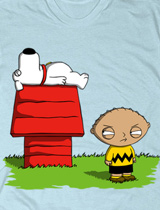 If you're a fan of Peanuts, this costume Stewie t-shirt displays Stewie in a Charlie Brown costume. Stroll around Quahog in this Family Guy t-shirt design that features Stewie and Brian playing the roles of Chuck and Snoopy. Don't worry, it's easy to love him in spite of his disobedience, attempted matricide, possession of an illegal death ray, and dumping of toxic diaper waste. Add a Most Wanted poster for the perfect gift. Link to: Stewie and Brian Peanuts 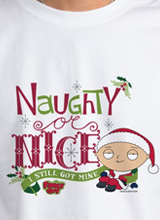 Naughty or Nice, I Still Got Mine t-shirt

Wear this Stewie Christmas shirt while watching Blue Harvest on the couch next to your Christmas tree. Blue Harvest was the fake title used to disguise the 1981 - 1983 production of Return of the Jedi. It is also the name given to the Family Guy cartoon's season six premiere, which is, in fact, a parody of Episode IV: A New Hope. Give someone you love the gift of a Family Guy Blue Harvest t-shirt that features the characters from the cartoon dressed as those from the George Lucas film. Future episodes of the Family Guy cartoon will retell the rest of the classic sci-fi trilogy. Link to: Naughty or Nice, I Still Got Mine 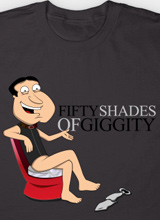 Peter Griffin's neighbor, Glenn Quagmire, wrote the book on how to be a player. This tee shirt celebrates one of the catchphrases that the sex hound uses when he's excited, "Giggity Giggity Giggity!" This Glenn Quagmire Family Guy t-shirt features the catchphrase as part of a Fifty Shades of Grey parody. Don't hesitate to utter a giggity or two the next time things are working out for the best in your life. Support Qhahog, Rhode Island's original swinger. Link to: Giggity Glenn Quagmire 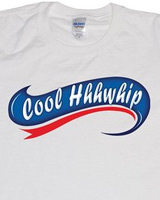 Deliver all of Stewie's Family Guy quotes in one of these bestselling Stewie Cool Hwhip Family Guy t-shirts. The tee celebrates the hilarious moment from the Family Guy cartoon where Brian tells Stewie that he is mispronouncing "Cool Whip" by adding an 'H' to the front of "whip". This Cool Hwhip tee is great for parties or relaxing with a refreshing glass of Pawtucket Patriot Ale from The Drunken Clam, a local Quahog tavern. Wear it under your Quagmire costume. Link to: Stewie Cool Hhhwhip 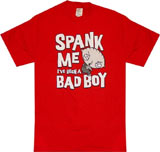 Spank Me. I've Been a Bad Boy.

This red Stewie t-shirt lets everyone know that you've been misbehaving. A Family Guy cartoon image of Stewie Griffin is displayed on the front, along with the quote, "Spank me. I've been a bad boy." The text wraps around Stewie, who is bending over waiting for his spanking. These Stewie t-shirts are perfect attire for peanut butter jelly time. Link to: Spank Me. I've Been a Bad Boy. 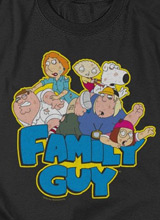 In addition to looking for a Stewie Family Guy t-shirt, don't forget about Brian Griffin and the humans in the Griffin family. Wear this design to celebrate the family. Here, the Griffins, including Lois, Peter, Meg, Chris, Brian and Stewie are having a bit of a feud. This bestselling tee will remind everyone that a great deal of fun can be had when spending time with the family. Pair it with All I Know I Learned from Family Guy Stewie t-shirts. Link to: Family Guy The Griffins 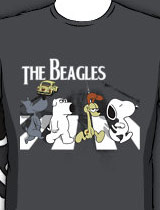 Show your support for Brian in this Family Guy Beatles Beagles t-shirt that features the sophisticated canine with a few of his friends. Whether they're off to the Drunken Clam for a pint or taking a simple stroll through the city, these recognizable beagles are mimicking the Beatles Abbey Road album cover. It's not only a tribute to Brian from the Family Guy cartoon, it's also a tribute to Porkchop, Odie and Snoopy. These Family Guy t-shirts will have you humming your favorite Beatles tunes as you walk your own canine. Link to: The Beagles 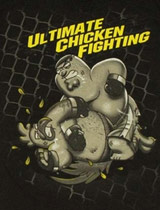 This dark tee features a cartoon-like image of Peter Griffin taking on his arch nemesis in Quahog, the Giant Chicken. Above the contenders on this Peter vs. Chicken tee is the phrase, "Ultimate Chicken Fighting". The freakin' sweet design on this Family Guy t-shirt is a funny tribute to the TV show's two biggest heavyweights and their no holds barred battles. Link to: Family Guy Peter vs. Chicken 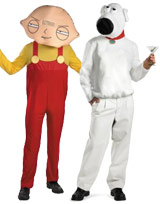 Outfit yourself in a Family Guy Stewie costume or opt for the family's sophisticated canine with a Brian Griffin mask. Whichever you choose, you'll be the hit of your Halloween party. It will also give you an excuse to misbehave and say popular quotes from the TV show like, "Spank me. I've been a bad boy," and "I freakin' love beer." However, wearing the Brian Griffin costume does not give you the excuse to relieve yourself in the yard. Link to: Family Guy Costumes, Peter Griffin Masks, Stewie Costume