The HBO Boardwalk Empire TV show follows the life of charismatic gangster and Atlantic City treasurer Enoch 'Nucky' Thompson (Steve Buscemi) as he rules over The World's Playground during the Prohibition-era. If you are captivated by the sparkly city lights and grand scenery, take a stroll through our collection of Boardwalk Empire t-shirts including the Babette's Supper Club shirt, Canadian Club Whiskey tee, Four Deuces and Team Nucky t-shirt. For more mobster merchandise, check out the 1920s costumes below, including the gangster and flapper dress costumes, to help you create a Boardwalk Empire Halloween outfit.
To buy a T-Shirt, click the image or link for store and size information. 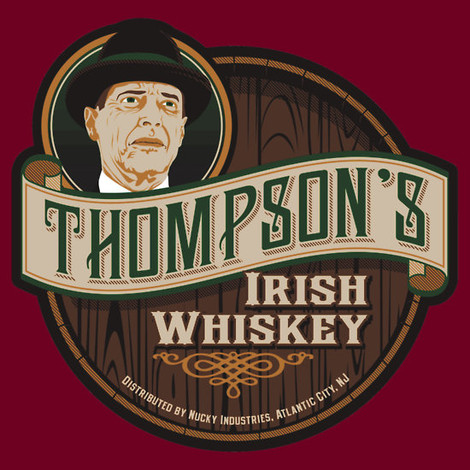 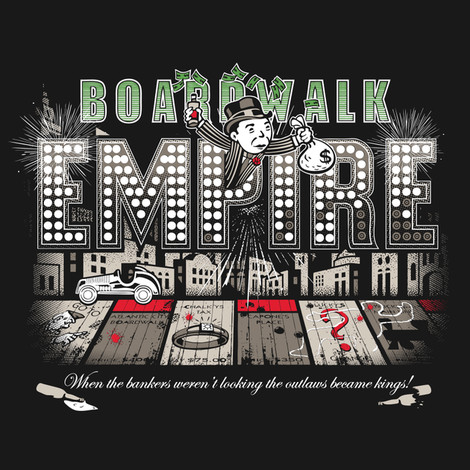 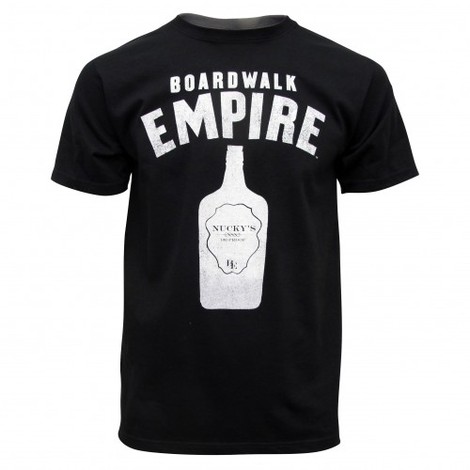 BUY
Boardwalk Empire Logo t-shirt
Description: Our Boardwalk Empire clothing collection wouldn't be complete without this basic black Boardwalk Empire tee. It is perfect for any fan regardless of whether they enjoy the characters like young Al Capone, carnation clad Nucky Thompson, sly Lucky Luciano and determined Jimmy Darmody, or the spectacular set complete with Fralinger's Salt Water Taffy store, baby incubator viewing areas and Steel Pier theatres. Not only can you take this opportunity to treat yourself, you can also delight your best friend. Add a Boardwalk Empire poster or a Four Deuces shirt for a more specific gift that will please. Link to: Boardwalk Empire Logo 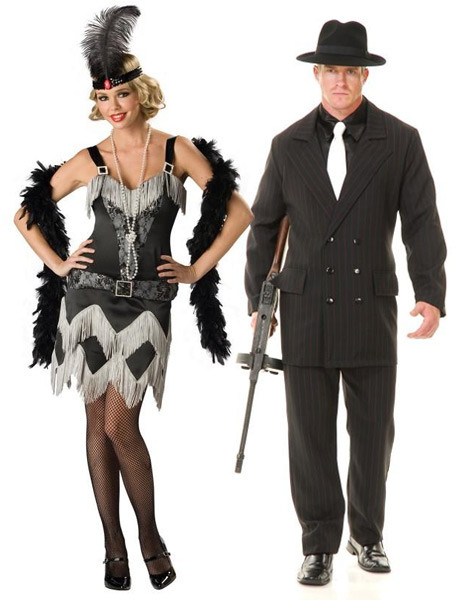 BUY
Gangster and Flapper Costumes
Description: 1920s costumes are making a big comeback with hits like HBO's Boardwalk Empire TV show propelling that era back into the limelight. We are pleased to offer a variety of male and female gangster costumes, as well as flapper costume dresses in a wide array of colors and cuts bound to suit your needs. Dress up as Nucky Thompson, his girl Lucy Danziger, or any other character that caught your eye. To learn more about the 1920s and Nucky's role in Atlantic City, check out the Boardwalk Empire book that your favorite show is based on (browse the book). Link to: Gangster and Flapper Costumes 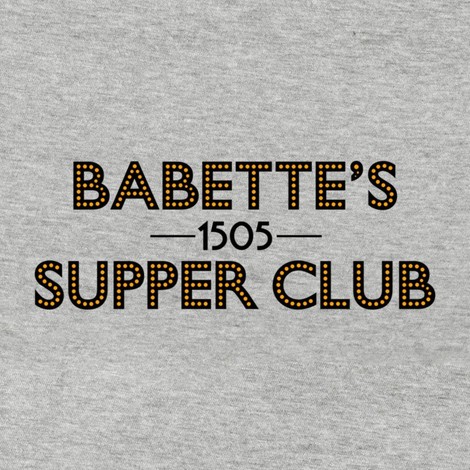 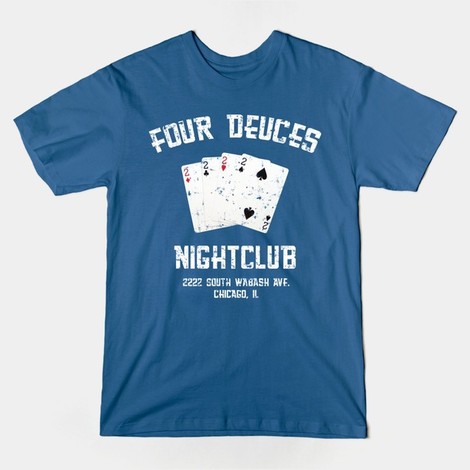 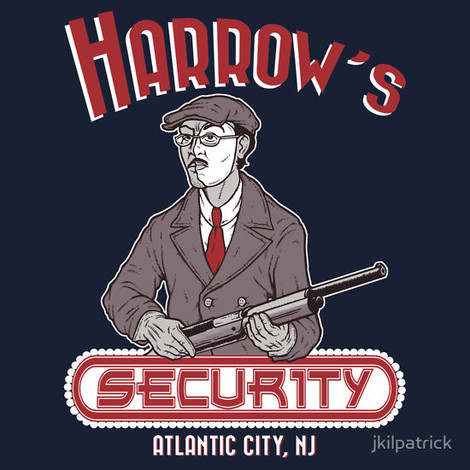 BUY
Harrow's Security t-shirt
Description: It was exciting to see this tee as the TeeFury selection of the day a few weeks back. As soon as I saw it, I was eager to feature it in the gallery. World War I veteran Richard Harrow is perhaps the most intriguing character on the HBO TV show. This illustration does a wonderful job at capturing his role in the series. Harrow has been Jimmy Darmody's sidekick and protector for much of the first two seasons. Injured in the war, he wears a mask that covers half of his face. In addition to his physical scars, he battles emotional wounds as well. Link to: Harrow's Security 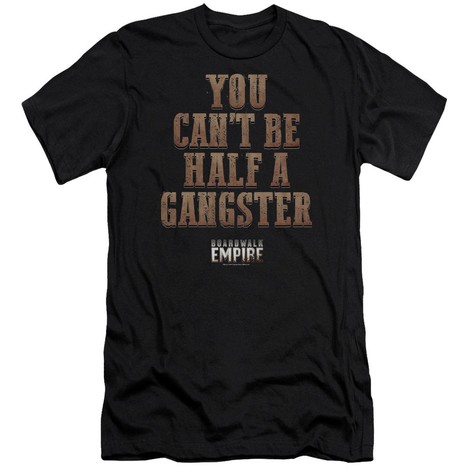 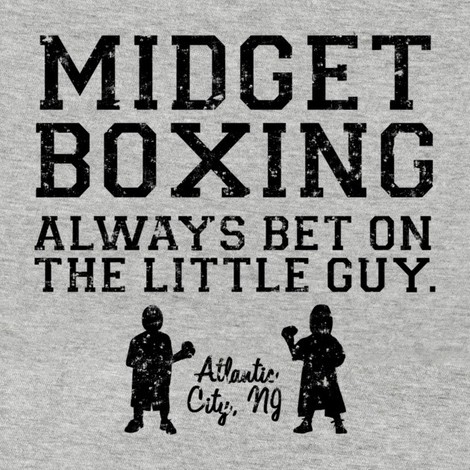 BUY
Always Bet on the Little Guy t-shirt
Description: Nothing like a day at the midget boxing ring, at least that's how a young Al Capone feels. You might recall Nucky's driver, Jimmy Darmody, talked with him at the match and gave Capone the advice to bet on the little guy. This Midget Boxing t-shirt features that amusing approach. If it gave you a chuckle then get yours today. If not, keep perusing our other Boardwalk Empire tees like the Four Deuces shirt. Link to: Always Bet on the Little Guy 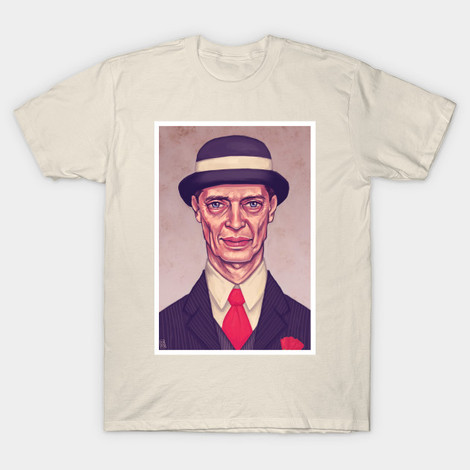 BUY
Boardwalk Empire Nucky T-Shirt
Description: "If you wanna be a gangster in my town, you will pay for the privilege." Sound familiar? Powerful lines like this come to mind when looking at Nucky Thompson on this Boardwalk Empire t-shirt. The line was delivered by Nucky to Jimmy after he hijacked Nucky's load of liquor during a delivery. Suddenly, Jimmy is just like everyone else in the city. Read about how Nucky had a strong hold on Atlantic City lives with the Boardwalk Empire book available below. To be a gangster yourself, check out the gangster costumes. Add a red carnation to create a Nucky Boardwalk Empire costume. Don't miss the flapper dress costumes for your leading lady. Link to: Boardwalk Empire Nucky 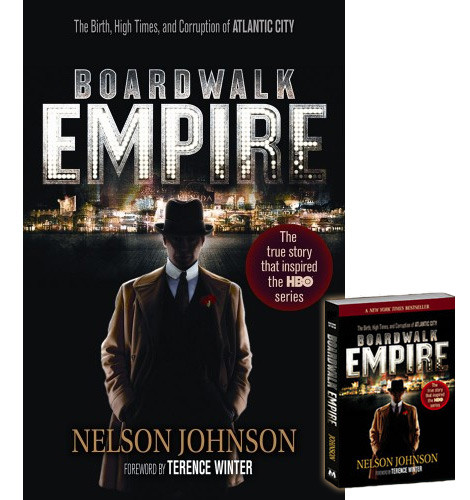