The HBO TV show Game of Thrones is based on the A Song of Ice and Fire book series by George R. R. Martin. It tells the epic tale of several noble families that struggle to gain control of the coveted Iron Throne of Westeros through deception, seduction and medieval battles. Whether you feel rooted in the House of Stark, Arryn, Baratheon, Greyjoy, Lannister, Martell, Targaryen, Tully or Tyrell, we have a Game of Thrones t-shirt that will fit you. Peruse our gallery of A Song of Ice and Fire shirts like the Winter is Coming t-shirt, Targaryen and House Stark tees. Be sure to wear these dynamic designs while playing a Game of Thrones game.
To buy a T-Shirt, click the image or link for store and size information. 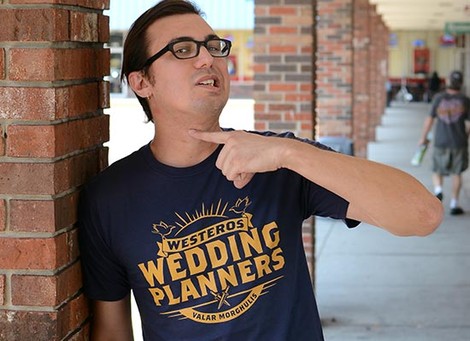 BUY
Westeros Wedding Planners tee
Description: Pick up one of these Westeros Wedding Planners Game of Thrones shirts to let everyone know that you're responsible for some of the most exciting weddings in Westeros, including the infamous Red Wedding and Purple Wedding. After all, it's not the wedding planner's fault if the eventful day turns deadly. Perhaps we should blame George R.R. Martin for that. On the day of the next wedding, represent your kingdom with one of the House Targaryen or House Stark t-shirts. Don't miss the Winter is Coming shirt either. Link to: Westeros Wedding Planners 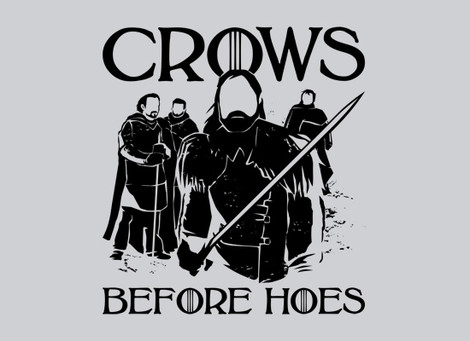 BUY
Crows Before Hoes t-shirt
Description: This Game of Thrones Crows t-shirt features the motto that everyone in Westeros knows the members of the Night's Watch live by, Crows before Hoes. Whether you are part of the sea faring people that make up the House Greyjoy or you belong to House Stark in the north, the strict honor of the Crows is never forgotten. Wear this attractive piece of clothing as you play a Game of Thrones board game or choose another A Song of Ice and Fire t-shirt from the gallery to add to your collection. Link to: Crows Before Hoes 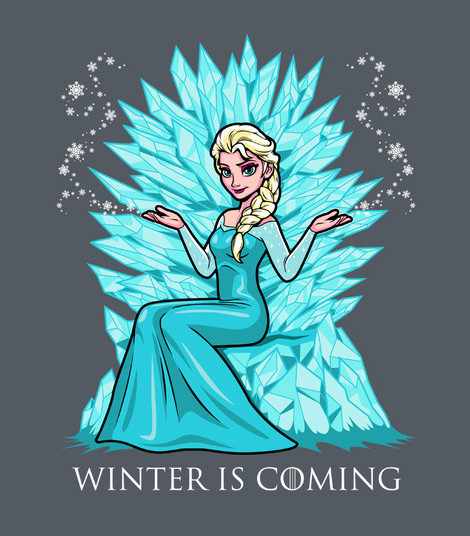 BUY
Elsa is Coming t-shirt
Description: There is no arguing that both Elsa the Snow Queen and Daenerys Targaryen possess magical abilities, just in the opposite spectrum temperature-wise. This Elsa is Coming shirt features Elsa from Frozen sitting on the Iron Throne in King's Landing. Pair it with a House of Baratheon HBO Game of Thrones tee that features the antlers from their crowned stag on gold like on their Coat of Arms, along with their saying, 'Ours is the fury'. To read about their conquests, check out George R.R. Martin's A Song of Ice and Fire book series that inspired the medieval HBO TV show. Link to: Elsa is Coming 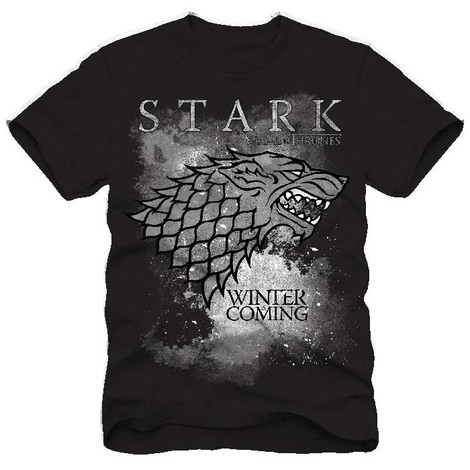 BUY
Winter is Coming t-shirt
Description: When you see this Winter is Coming t-shirt you probably automatically think of the House of Stark because it is their family words. What you may not realize is that it is also the name of the first episode of the TV show and it has been used prominently in the TV series' promotions. Get yours today and get in the mood to watch some battles or play a round of a Game of Thrones card game. Link to: Winter is Coming 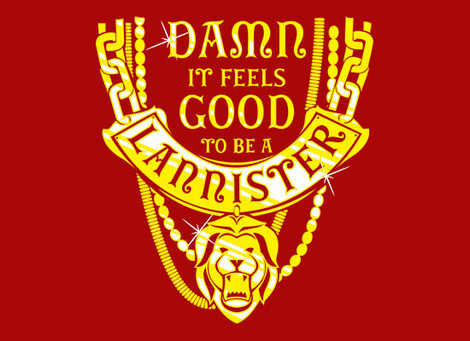 BUY
Damn it Feels Good to be a Lannister t-shirt
Description: The chains and gold lion design on this Game of Thrones shirt lets everyone know that you're part of the wealthiest of the noble families, the House of Lannister. They rule the Westerlands and live on the shores of the Sunset Sea in Casterly Rock on one of the many gold mines the family controls. If you want to 'hear them roar' be sure to watch HBO for the A Song of Ice and Fire TV show adaptation. Pair this tee with a House of Stark shirt to let everyone know that Winter is Coming. Link to: Damn it Feels Good to be a Lannister 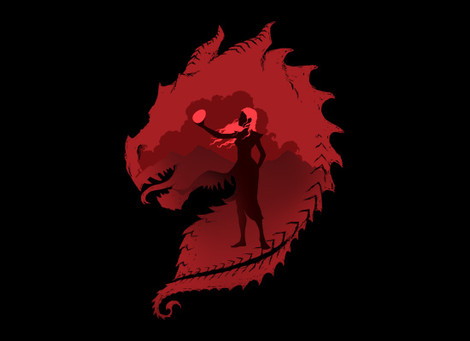 BUY
House Targaryen t-shirt
Description: Although the House of Targaryen is not originally from Westeros but rather from Valyria to the east, they were able to get a stronghold on all of the Seven Kingdoms for a time under the leadership of Aegon I. This A Song of Ice and Fire t-shirt features Daenerys Targaryen and a red fire breathing dragon design on a black garment. Always remember their words, 'fire and blood'. It is fitting since they are known to have kept dragons throughout their reign and their takeover was planned from the isle of Dragonstone. Buy this creative Targaryen shirt to show off Daenerys and her dragon. Link to: House Targaryen 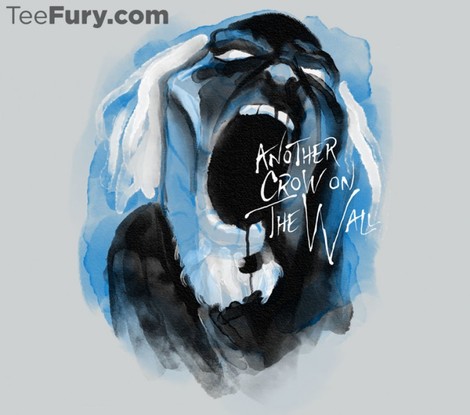 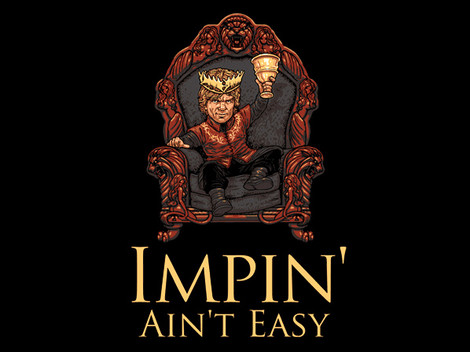 BUY
Tyrion Impin' Ain't Easy t-shirt
Description: If there's one thing we know from Tyrion Lannister, it's that being a little person in the cutthroat lands of Westeros isn't easy, as this design indicates. The "Imp" as he is often called, compensates by way of intelligence for what he lacks in stature. As the Hand of the King, his ingenious strategy to use an explosive chemical called wildfire to defend King's Landing allows the Lannisters to maintain control of the Throne. This will easily become one of your favorite Game of Thrones t-shirts as you represent the show's most formidable character. Link to: Tyrion Impin' Ain't Easy 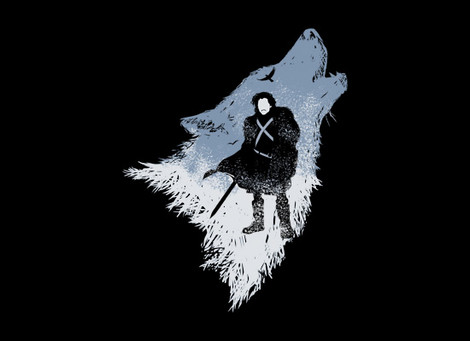 BUY
Direwolf House Stark t-shirt
Description: This black Direwolf House Stark Winter is Coming shirt highlights Jon Snow and the ferocious direwolf from their coat of arms. The noble family rules over the North of Westeros and has their home at Winterfell Castle, which was built on a hot spring by their descendant Brandon the Builder. Enact your own battles like those in the books and TV show with a Game of Thrones board game or cosplay. Link to: Direwolf House Stark 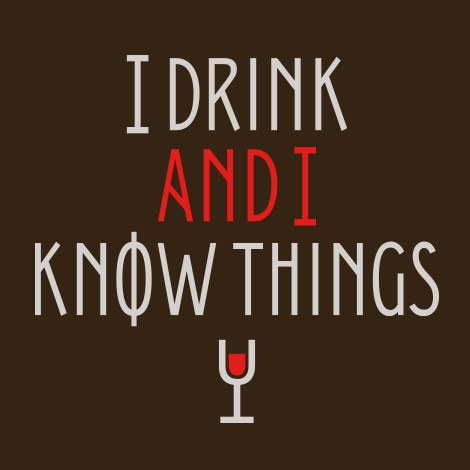 BUY
Tyrion I Drink and I Know Things shirt
Description: Tyrion Lannister is constantly proving that he is more than capable to lead, specifically because he understands the way the game is played. This humorous quote will inspire others to vote Tyrion as their choice for ruler of the Seven Kingdoms. He may be small, but even the smallest of men can cast giant shadows. Get this Tyrion Game of Thrones Song of Ice and Fire shirt today to get in on all the action. Check out the gallery for A Song of Ice and Fire books by George R. R. Martin, in addition to several card and board games. Link to: Tyrion I Drink and I Know Things 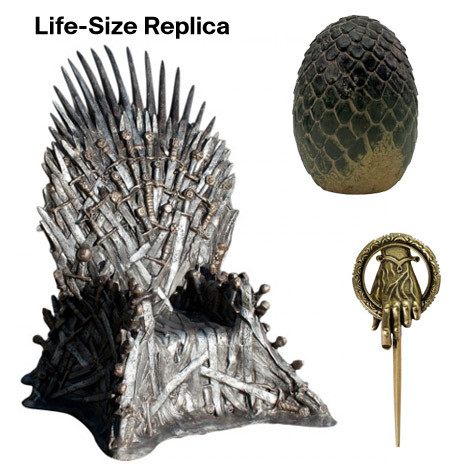 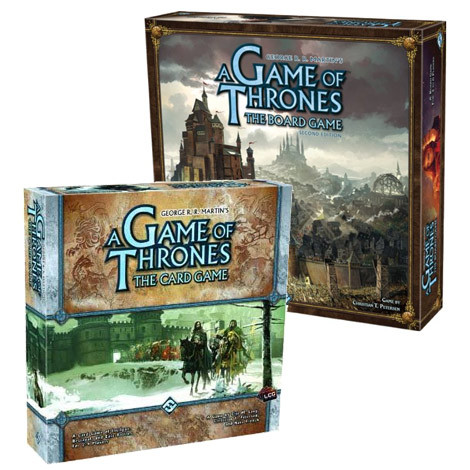